Pregnant with triplets – finding out 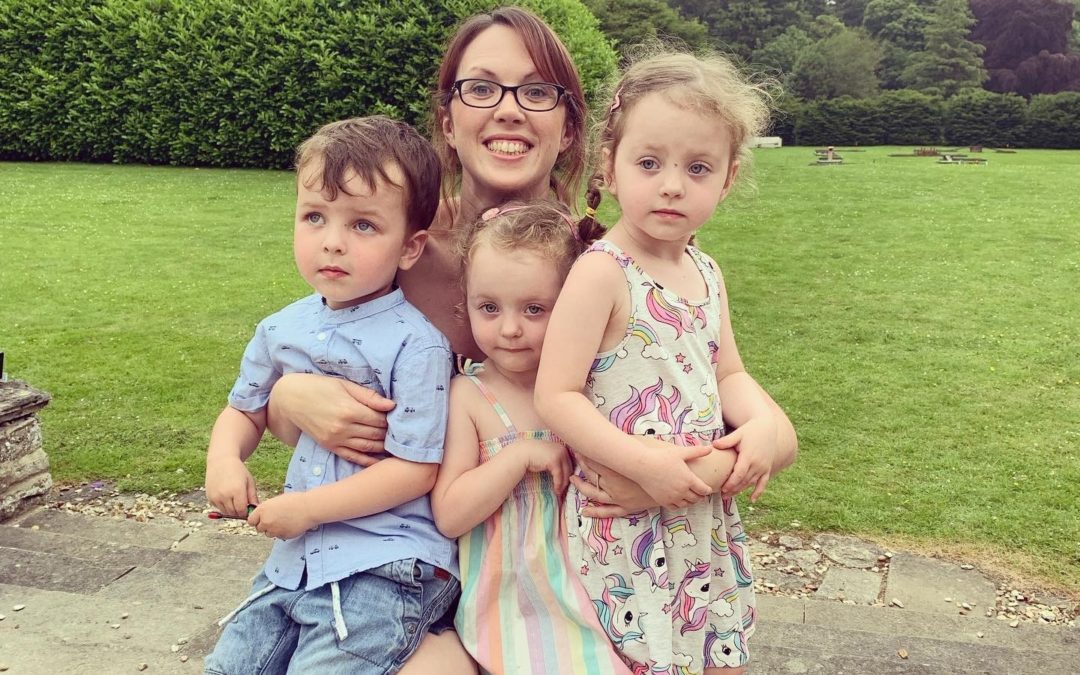 The day I found out I was pregnant was one of the most exciting feelings ever. We were on our third round of IVF and within a few days of the egg implantation I thought I was pregnant. I already felt really sick and when a test which confirmed it, it was impossible to contain my excitement.

I took the test on a Thursday morning, while away on a business trip. My partner was also away with work until Friday afternoon, so I had to keep quiet until I saw him, as I didn’t want to tell him over the phone. We were both so  happy and I was even more excited to tell our close family and friends as I knew how much it meant to them, especially my mum. She had found it very hard to watch me go through several difficult years of trying to conceive. All while she was undergoing treatment for breast cancer.

Those early days before our first scan were like a really good dream. We had our first scan at the fertility clinic at seven weeks, and on our way to the appointment I told to my boyfriend not to be surprised if it was twins. Two eggs had been implanted this time and I was so sick, it seemed like a possibility. He replied not to get my hopes up about anything in case I was disappointed. I think I probably ignored his advice because I knew how different I felt and my body seemed to be going a bit crazy.

Once the fertility consultant started the scan it wasn’t long before he said there were twins, we had two heart beats. I remember turning to my boyfriend and saying “I told you!” A couple of minutes later he said there was another one. We had two in one sack and one in another. We were both speechless – I was pregnant with triplets. Everything was a bit of a blur after that.

When I stood up I started to faint, so they lay me back down, opened the windows and got me some water. I can just remember seeing loads of black and white dots and wanting to be sick. After laying down for a bit I asked to use the bathroom. They’d only let me go if I was escorted and didn’t lock the door. I probably still looked as white as a sheet.

My first reactions and what happened next

Once I was feeling a bit more normal the consultant came back in and started to talk to us. I can’t remember the whole conversation and it was quite a short one. He was letting us know we would now need to go to the GP and get referred to the local hospital for the 12-week scan.  In general, he was very negative, he actually used the words “you might think you can carry these babies but you can’t”. He explained that we might lose the babies or have to reduce the pregnancy.

At this point I was crying and very upset, I had gone from the best feeling I’d ever had to the most scared I’d ever been. And now I had to go home and wait five weeks to see a consultant who’d be able to advise me and do the 12 week scan. I was really emotional during that period, as well as extremely sick day and night. I was unsure whether or not I should be excited or happy, as I thought I might be told I’d have to reduce the pregnancy.

I’d never met anyone with triplets, so I really knew nothing about it. I wasn’t even sure if it was possible to have triplets, which sounds a stupid thing to say now. I didn’t want to google anything as I thought it might make me feel more worried depending on what I found. My concentration at work was fading and I didn’t even like talking to my close friends and family about it that much. I felt I was jinxing it. But at the same time I wanted to talk about it, as it was on my mind all the time. I was pregnant, with triplets.

The long wait for our 12 week scan

When we attended the 12 week scan I was convinced I would be told that something was wrong. Maybe one off the heartbeats wasn’t there, or we’d have to terminate the identical twins to give the singleton a chance of surviving. I was absolutely wrong.

Our consultant was amazing. He did the scan, told me everything looked good and then talked through what would happen next. I was shocked that he was so relaxed and casual about it. The fertility consultant had made it seem like a disaster. I asked him if people normally reduce triplet pregnancies and he explained that the option was there and how the procedure would go. They have to give you the choice, but then he pointed at the screen and said they were three healthy and normal three-month foetuses. At this point I felt 100% sure we would go ahead with the pregnancy and see what happened.

Looking back, when I initially found out I was pregnant with triplets it would have been great to have a bit more support. I wish I had been able to talk to someone who had been in the same position, or knew a suitable place to get factual information. I felt completely clueless and spent those important early days feeling incredibly anxious. Of course, every triplet parent has a story and experience different to mine but I’d love to see the support for multiple pregnancies being more consistent across the country.

I was very lucky to make it to 33 weeks + 5 days and I now have three amazing babies. We had an extra surprise as well, I was told all the way through that we were having three boys but when they came out we had two girls and a boy.  When their dad messaged our friends and family to tell them, no one believed it that they weren’t all boys. My trio are nearly four now and starting school this year. I find it unbelievable that we’ve got to this point, when I think back to those early days of pregnancy.

Multiple Milestones helps newly expectant and existing parents of higher order multiples. Whatever your reaction to hearing the news for the first time, we can help. From practical advice and support, to befriending services in your local area, get in touch to find out more.

Tell us your story

Do you have a story like Lisa’s? If so, we’d love to hear from you! Click here to email us about volunteering to write for our blog. Whether you want to share your story or an inspirational/motivational piece, you could help others experiencing a similar situation.